Sunday was a much less exhausting day.  Ashley and I only got in a single hike before we headed back to Atlanta.  We went to Station Cove Falls.  We hiked out in about 30 minutes, it was a great path with all sorts of mushrooms and wild flora that I had never seen before.  When we got to the falls, it was impressive. 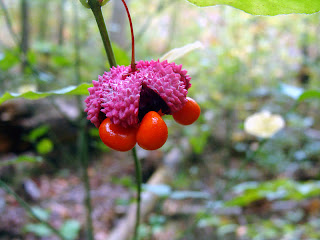 Shortly after we arrived at the falls, a group of four meandered up as well.  Within minutes, on the the guys was on his knee proposing to his girlfriend.  Ashley and I stood back, held out tongues and watched.  It was entertaining.  They also had some dogs that were running around but did not seem to want to pay Ashley or I any attention. 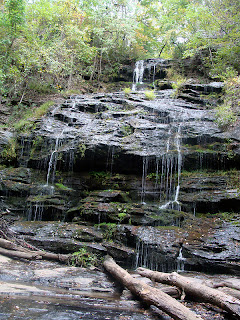 Ashley and I climbed up to the second tier of the falls and wandered around a bit.  It was a really nice falls with lots of intricate water patterns.  We spent about an hour at the falls and then headed back to Atlanta. 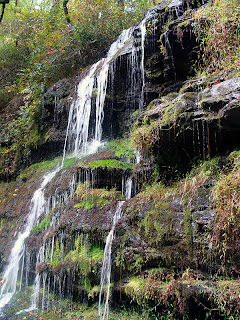 We stopped at Green Sprout for dinner and received an interesting fortune inside of our cookie.  Sound advice, albeit a bit late. 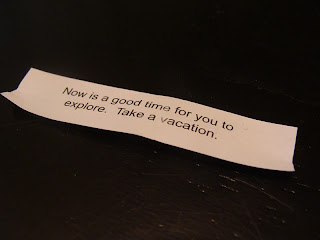 Awww...the proposal sounds incredibly sweet. Although I feel I might have been a bit uncomfortable witnessing complete strangers proposing... Gorgeous photos!

Did she say yes?

Did he do it properly? The proposal, I mean :-). Well, it looks a good place for it!