Blogging benchmarks always seem to slip by me.  Today, I realized that I recently crossed over the 1000 posts mark.  That seems pretty note-worthy!

My life has changed quite a lot in that time.  I am living half way across the country, I left a blood sucking job, I am in a healthy relationship, etc.  I am not sure what my point is other than lots of great things have happened in over 1000 posts!

That being said, I made some tomato soup last night for the girls.  It came out really delicate and comforting.  Especially combined with some vegan grilled cheese sandwiches! 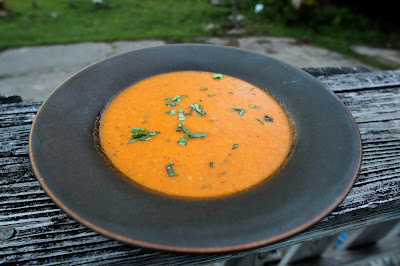 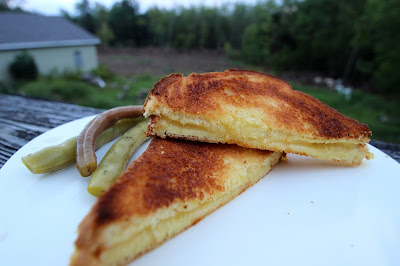 It has been a crazy busy past week.  It was all fun stuff, but lots of it!  Ashley's mother came for a week long visit.  They left to see some other relatives in New Hampshire but Tessa and I stayed home.  I had a show to host the day after they left.  We had a good turn out and it was a lot of fun for a Thursday night.

Saturday and Sunday the girls all went out to do other fun things and I again stayed home with Tessa.  I had some orders to fill and we had another show on Sunday.  The Sunday show included a band all the way from Mexico.  It was a lot of fun and another great turn out!

Monday we took a trip to Bailey's Island, it was the first and only day trip I took with the girls.  We took Tessa with us and had a great time.  It was not too crowded and the weather was had a cool summer ocean breeze.  We had some simple sandwiches on the rocks before heading home. 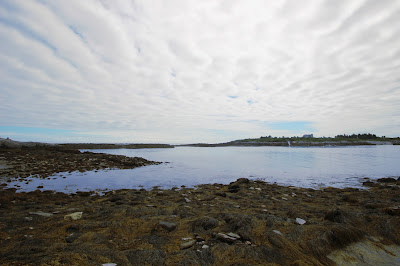 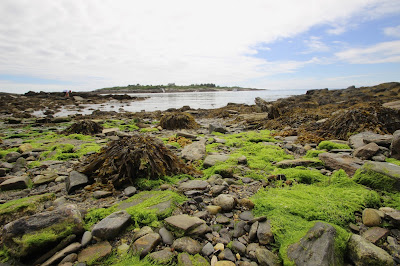 I had to work on a few more orders and we had some nice Chili for dinner.  By the time Tuesday rolled in we were all wiped, Ashley's mother was headed home and I was baking my first cake order!  It was a great week! 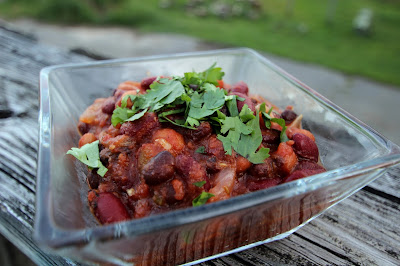 I have been really busy recently.  August as a whole has been busy.  It is a good busy though.  I am getting things done, making a lot of food, seeing the business take off, throwing shows, and having a lot of fun doing it all!

I like to post picture of bands we see or have play and have gotten behind on it.  I have had folks asking for the pictures so I want to share!

In Maine we have a few weeks in late July or early to mid August that is gets hot and sticky.  Not quiet Atlanta hot and sticky but still unpleasant.  We have been experiencing some of that weather recently.

When it gets humid out, especially in Maine without air conditioning, cooking food is one of the last things I want to be doing.  It adds to the discomfort of the house and is generally not fun.  However, we must eat! 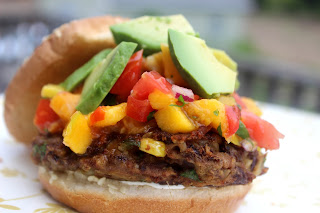 In leu of the weather, I made some black bean burgers that we topped with a fresh mango salsa!  The salsa added a really nice light refreshing feel to the burgers and made for a nice summer meal.  We added some sliced avocado and it was perfect!
at 10:46 AM No comments:

Squashed in the Portland Press Herald!

On Wednesday, the Portland Press Herald published a really nice article on my new business, Squashed! The article can be read HERE. 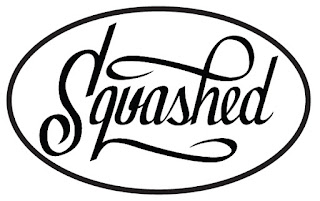 Due to the publishing of the article, we have been busy.  In fact, yesterday, Kaleigh and I got the opportunity to film a short segment for the TV show, Vegan Mashup!  It was a lot of fun and Kaleigh was great on camera, as always.  I think it will air in January with a few other locals and vegan chef, Terry Hope Ramero.
at 9:29 AM No comments:

Yesterday was Ashley's Birthday!  When we moved to Maine last year, her birthday was right around the corner and she went whale watching with my mum.  It was hectic due to the move but she had a good time.

This year, now being settled in Maine she was missing her family a bit and a little concerned about her birthday being a sad day with her family so far away.

Kaleigh and I packed Ashley up and headed out of the house at the crack of dawn, driving the back roads through Maine to finally arrive at a White Water Rafting outfitter.  Ashley and I have been before in Georgia but never with Kaleigh and never in Maine.  She was excited as we set out! 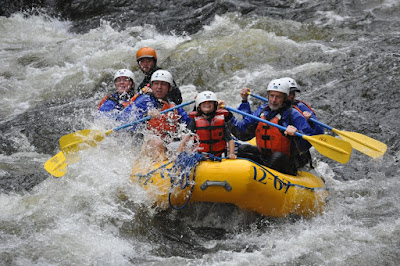 The rapids were coming in fast and we are having a blast.  Kaleigh got a chance to paddle as well as ride in the front.  We all jumped the raft and swam for a rapid as well!  It was a ton of fun despite a little rain.  We had a lunch that had some vegan options like rice and veggies as well as beans and corn!

That evening we went to Ashley's favorite restaurant for dinner where several of my family met up with us.  I made her a triple chocolate cake and she got a few presents.  It was a great day and we were exhausted when we finally got home. 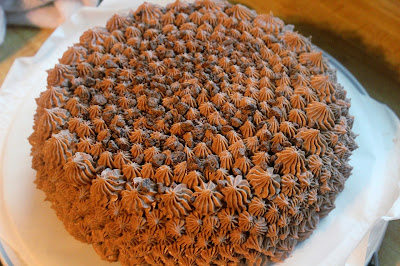 Happy birthday to the best partner in the world!
at 9:42 AM 1 comment:

Ashley, Kaleigh and I started harvesting some items from the garden this past weekend.  We got a huge amount of beans, peas, lettuce, kale, a few radishes, cucumbers, zucchini, and summer squash.  The beans and peas are growing like crazy and the cukes are really delicious.

We have been eating beans by the handful as well as giving them out to folks who have been at the house.  It feels great to finally have a garden again.  In Atlanta we never bothered, I was broken down and did not have the motivation for it. 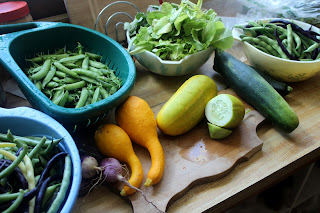 In Maine, it was one of our main goals, grow food.  We are growing it!  Next year we hope to expand and grow a lot more as well.  We are using this year to figure out what we should expand, how much we want of each vegetable, etc.  Next year we should be into the gardening hard.

Hopefully we can find a place to get compost or loam that is not full of weeds.  This year, we accidentally planted more weeds than we did food.  That combined with the fact that this land has been overgrown with aggressive weeds for year meant that this garden got away from us a bit.  Nearly a permaculture situation but it is still grown food is it is fine with us!
at 12:05 PM No comments:

For some time now I have been trying to get Kaleigh to like tempeh.  She struggles with the slight bitterness and the texture.  I have been diligently trying to find ways to "fix" both for her.

The other night I made a Buffalo Tempeh salad with homemade ranch dressing.  In an attempt to remove the bitterness, I streamed the tempeh for about 10 minutes.  To try and make the texture easier, I cut the tempeh into fun triangles so she might not notice and the grains of the tempeh would be smaller. 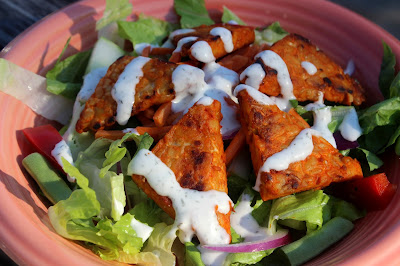 It seemed to work because after frying them up in some buffalo sauce and spices, she ate them up!  Maybe it was a fluke or maybe I have found a way for Kaleigh to eat tempeh!

With the salads I made gazpacho!  Gazpacho is a summer favorite at our house and also something we are offering on our new private chef menu.  It was nice and tangy. raw, and super packed with veggies!  Always a great cooling dish! 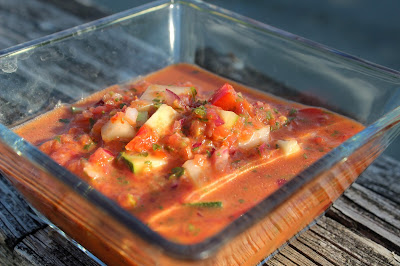 Late last week we had a hodgepodge food night.  I never really use Filo dough, it has always been tricky for me and I never bothered to mess with it.  However, I got the curiosity bug and grabbed some at the store.

A few days later, I made some filling with chicpeas, green peas, zucchini, summer squash, kale, and some fresh herbs.  The filling was nice and tasty and I tired to use the flaky papery dough. 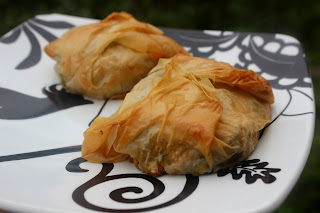 They actually came out decent but not very ascetically pleasing.  The dough got nice and flaky golden brown as it should but the shapes were a little wonky and there were a few small holes leaking delicious their innards. 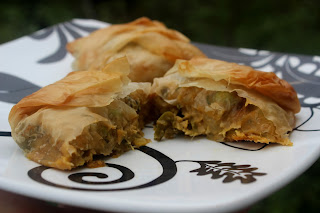 Hodgepodge number two of the evening.  I threw the few chips I had into the batter along with some shredded coconut, dried cranberries, pecans, and almond slices.  Added a touch of cocoa powder and some extra brown sugar and crossed my fingers! 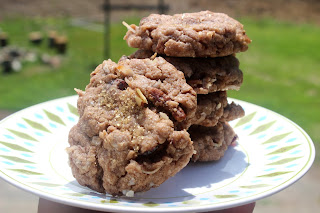 They were excellent!  Granted, it is hard to mess up a cookie but these were quite good!  I am not sure I can make either of these dishes again as I was largely just throwing things together but it made for a great night of food!
at 10:39 AM 1 comment: