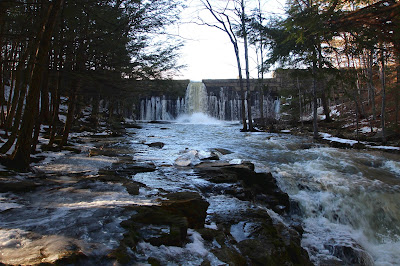 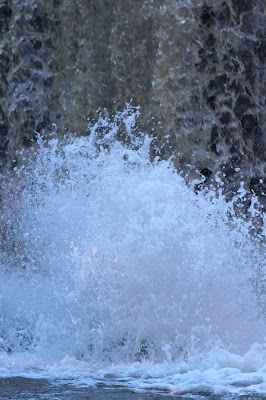 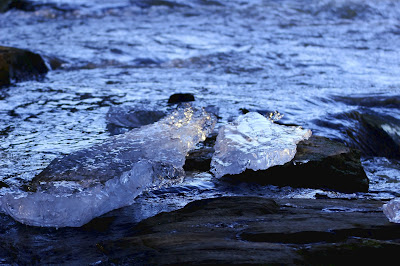 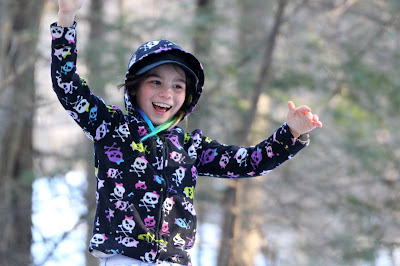 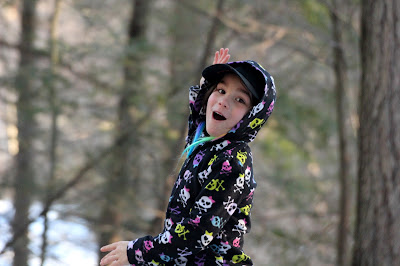 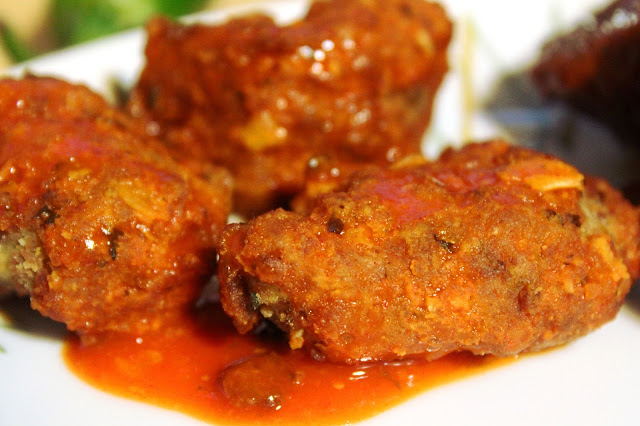 We ate them with some fries and a side of steamed broccoli while watching our newest TV program.  We were really living it up.
at 10:02 AM 2 comments: 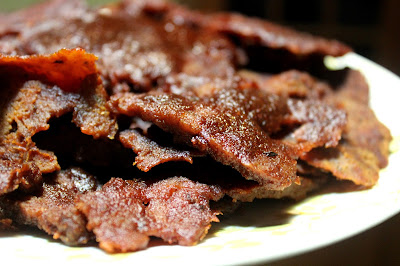 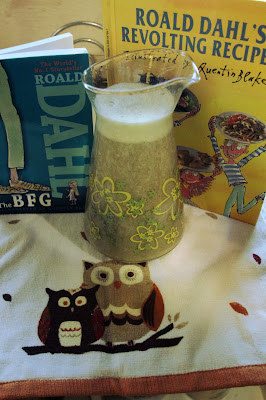 I eat tofu.  I get asked all the time if I like tofu, the answer is yes.  Maine is a fairly isolated place and when people find out I am vegan, it is generally the first question they ask.  Recently, I have been going crazy for Bar B Que tofu.  The girls? they are getting a little sick of it. 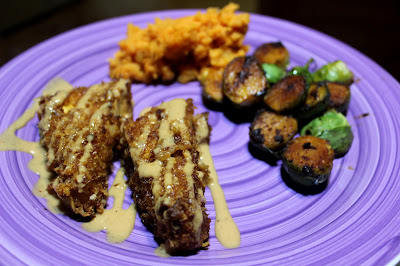 The solution? new wave Bar B Que tofu!  I made a great chipolte Bar B Que sauce, breaded and fried, then baked triangles of tofu and the girls loved them!  I still got my Bar B Que tofu and they did not have to groan about another night the same old dish!  It was a solid win all around, not to mention the sides of roasted brussel sprouts and smashed sweet potatoes!
at 7:38 AM 1 comment:

Kaleigh turned 9 on Saturday!  We had her birthday party at her karate dojo and it was a huge turn out.  Last year we let Kaleigh invite 15 friends, thinking about 10 would come and (aside from family) only 2 came.  Ashley and I felt awful so this year I gave her 40 invitations and hoped to get about 10-12.  That number ballooned up and nearly 25 kids were at her party!

It was a lot of folks but she had a blast and I think most of the kids did as well.  They got to break boards, throw ninja starts, play dodge ball, eat cake, open gifts, ect.  It was great to see Kaleigh have so much fun!

As she requested, I made Kaleigh a triple layer chocolate cake, with chocolate icing, chocolate sprinkles, and chocolate ganache on top.  Sadly, every picture I took of the cake was either blurry or too dark.  I did however also make a dozen cupcakes since there were going to be so many kids.  They were vanilla cupcakes with purple and white vanilla swirl icing. 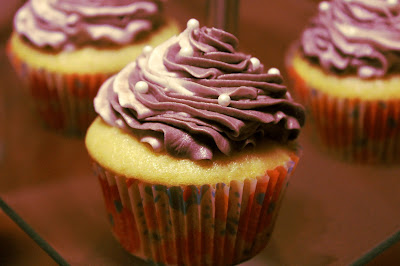 After Kaleigh's party we drove to Portland so we could eat at Silly's and get vegan milkshakes!  We all had a great day.  I feel fortunate to be in Kaleigh's life, she is a great kid with a great mom to boot!  Thank you to both of those girls for letting me in!
at 8:42 AM No comments:

We have been busy this week with loads of orders for Squashed as well as planning Kaleigh's birthday that is coming up on Sat.  I have not had a lot of time for blogging and it got me thinking, is blogging dead?  Is it too dated now?  Is it all on the social media sites now?  What are folks thoughts on this?

Ashley has joined a 12 week fitness challenge so we are trying to figure out some good foods for us all to eat.  One of the go to's was the Buffalo Tempeh Salad.  It is hearty enough to fill you up but light enough to not feel too full. 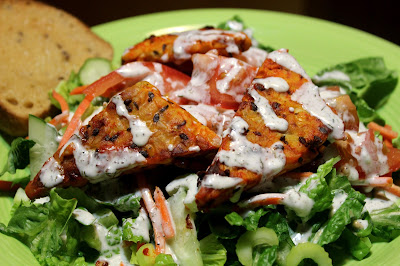 What are some other ideas folks have for some really healthy foods?
at 8:42 AM 1 comment:

To say that we rarely have guests over for a visit would be an understatement.  Yes, Ashley, Kaleigh and I do punk shows during the spring summer and fall but we are not really inviting those folks in for dinner and conversation.

In fact, I think we have only invited folks over for dinner and conversation about a half dozen times since moving to Maine over a year ago.  Last night, we invited our good friends, Lily and George over for dinner! 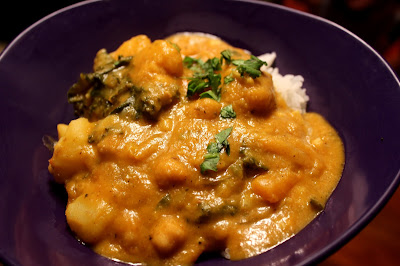 I made some curry and Ashley had to work late so she joined the gathering late but it was a really fun night!  Filled with loads of fun as well as challenging conversations, not to mention some throwing star action!
at 9:15 AM No comments:

We tried it.  Vegan Egg.  All the cool kids are raving about it so we needed to join the fun.  I picked up a couple "dozen" online and we tried some scrambled "eggs" with a Saturday brunch.  The pancakes were great (egg free), the home fries were also great (also egg free) then Ashley, Kaleigh and I decided to all try the egg together. 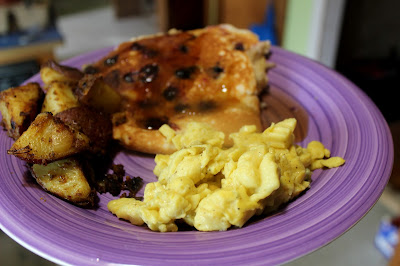 Kaleigh thought it was decent, Ashley thought it was not great and I felt like it was under seasoned but the texture was cool.  I think we should have cooked it a bit longer and added more black salt but I enjoyed it.  They were definitely a little on the powdery side but that may have been operator error.

Has anyone else tried these and have any tips?  We did make some gluten free vegan brownies with them and those were great!
at 8:15 AM 1 comment: