With some future revisions to our private chef menu at Squashed, we are likely to remove ratatouille.  Despite it being one of my favorite dishes, the seasonality of the ingredients makes it difficult to maintain integrity through the deep winters in Maine.  It makes me sad since it is also a fairly hearty dish. 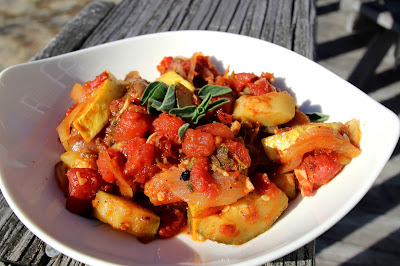 With regular orders coming in during the fast passing autumn weather, ratatouille has taken a back seat.  We were able to fill an order recently though!  For me, it is a dish I really enjoy making so anytime I get the opportunity I take it.
at 1:33 PM No comments:

One of Ashley's favorite things to eat is sandwiches.  With over a month of gluten-free dieting, she has really started to crave them.  She has been looking everywhere for gluten free vegan deli slices as the slices I make have gluten. 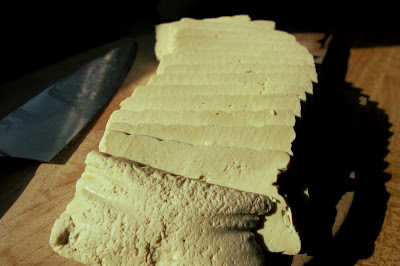 After weeks of searching to no avail, she turned to me to come up with something for her.  Last night was my first attempt.  She loves hot sauce so I used that as an easy flavor base and used tofu as my texture base. 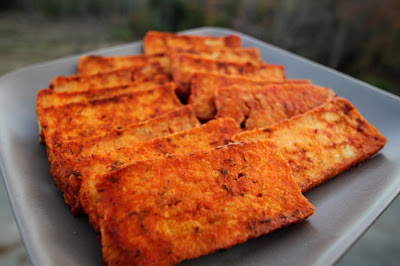 I sliced the tofu thin and pressed it out.  Then I fried it in the deep fryer to get a nice edge to it.  After, I slow roasted it in the oven, continually flipping and smothering it in the sauce. After an hour of roasting I let them cool and they were ready to serve!  Perfect with a vegan ranch sauce and some lettuce and tomato!
at 9:48 AM No comments:

A gift of squash!

Recently, Kaleigh's karate instructor gave us a nice spaghetti squash.  It was given to him and he did not care to use it so it was our gain!  I made my typical spaghetti squash with pesto dish and a side of roasted brussel sprouts. 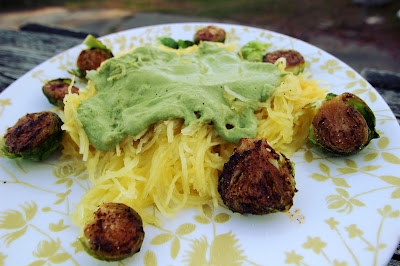 This dish always gets eaten up pretty quickly in our house.  Kaleigh loves to help cook it and we all love eating it.  The nuttiness of the brussel sprouts really plays off the squash as well.  We did pack up a small portion and brought it to Kaleigh's instructor.

Although it has been getting very cold very quickly here in Maine this dish is a great transition from summer to fall.  The dish is light and refreshing while still encompassing some traditional autumn flavors.
at 8:13 AM No comments:

It was a busy weekend.  In fact, October as a whole has been busy thus far.  This past weekend we had Kaleigh's cousins over for the afternoon.  We carved pumpkins and then made a quick episode of Cooking with Kaleigh while roasting the seeds!

This is the 20th episode of this "show", we have been periodically filming it for several years now.  This might be Kaleigh's best preformace yet!  She was so confident and articulate. 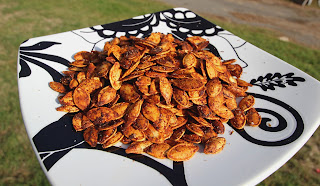 Secondly, we have been filling orders from the private chef menu like crazy!  It has been so amazing that we have gotten so much support so quickly and loyally.  I often do not take photos of the dishes we are making for orders but I made an exception this time. 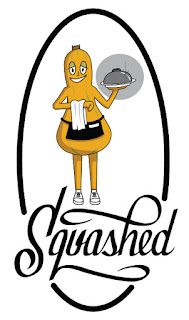 Beans and rice is a great fall dish, hearty, healthy, and packed full of protein.  We do them Brazilian style with black beans mostly because that is the way I like them.  We offer a double serving size for only $10. 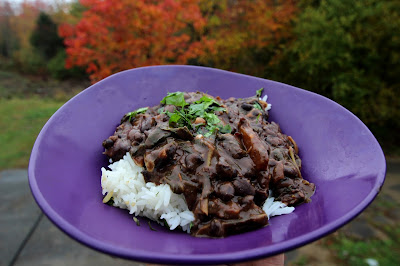 Also, since the menu orders have been keeping us busy, we noticed that we have filled very few cupcake orders recently.  It is too bad because we had a good thing going with those as well.  Ashley asked me if I could make a dozen for her work party.  I have been trying my hand at filled cupcakes recently so this is my latest attempt.  They are a vanilla cupcake with vanilla buttercream filled with strawberry jam icing. 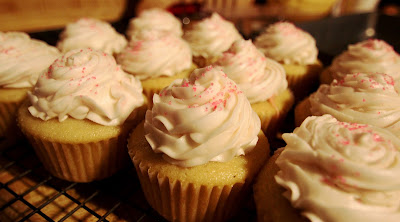 Get those orders in for the private chef menu and get yourself a dozen cupcakes too! 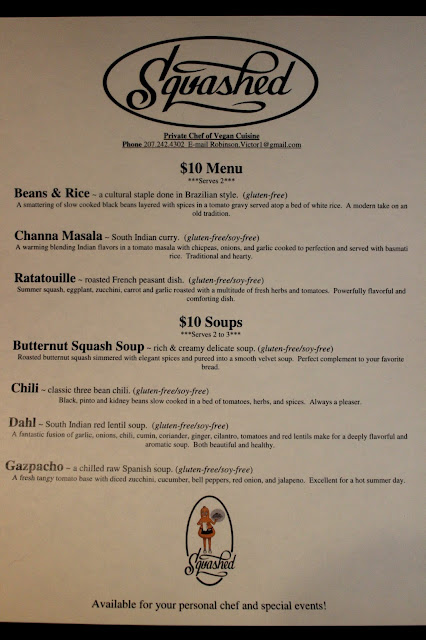 Last show of the season?

In what might have been the last punk show of the season at our space (due to the encroaching cold) we invited a great band from Boston to come play.

Disipline identify as a sex positive band and I felt they would be a great band for the young folks in our scene to see.  They talk about issues of consent, sexual identity, and gender.  The Maine punk scene is so young and still very sheltered that I feel like we need to push the box open to make sure folks of all types feel welcome.

The show had a good turn out and all the bands were a lot of fun.  Michael Spaulding (Frankie Moon) opened with a few acoustic songs before local triplets, Random Ideas took the floor.  They play a much softer pop punk style then we generally have but I really like much of their politics and wanted to have them on the show.  They were very good and lots of fun! 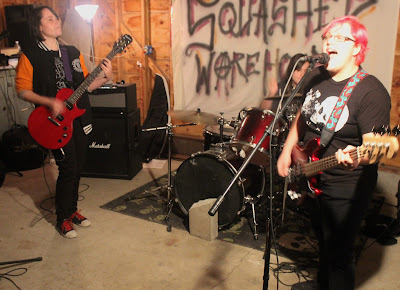 Then was one of my personal favorites, QQQQQ.  These super young folks play snarky, early 80's inspired punk.  They are always fun to watch and get better each time I see them. 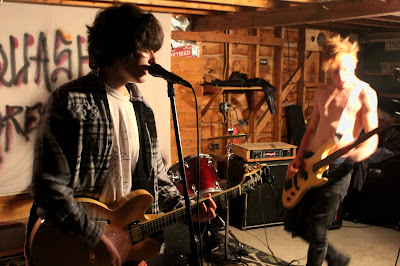 Once again, I tried to give Uncle Spudd a good time slot instead of making them constantly play last.  They played a much more aggressive set this time and really bridged the gap between some of the softer stuff and the more aggressive punk to come. 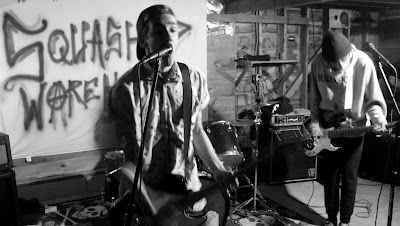 Disipline played 4th and were awesome.  They were tight, aggressive, loud, angry, and were talking about important issues between songs.  This was exactly what the Maine scene needed.  They really were a sight to see play as well as listen too.  Folks really enjoyed them as well and they were able to sell a good deal of their merch at the show. 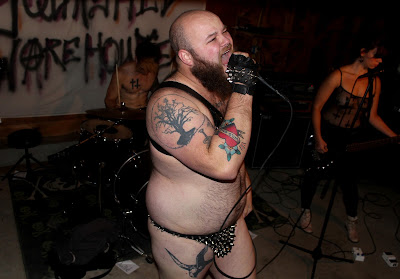 To close the show out was the Maine goofballs, Pink Sock.  This was the first time they have played our space and they were super nice.  They watched all the bands and were grateful and just generally pleasant to interact with.  Far better then most of the Portland bands that have come to our space.  We will invite them back for sure! 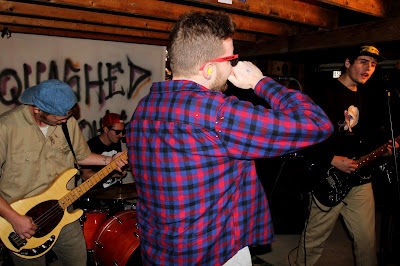 Headed to the Fair

Last year, Kaleigh, Ashley and I missed out on going to the Fryeburg Fair.  We had just adopted Tessa and did not want to leave her alone for that long of a period of time.  The Fryeburg Fair is about 2 hours away from us and is the largest fair in the state.  This Sunday, the final day of the fair, we headed out! 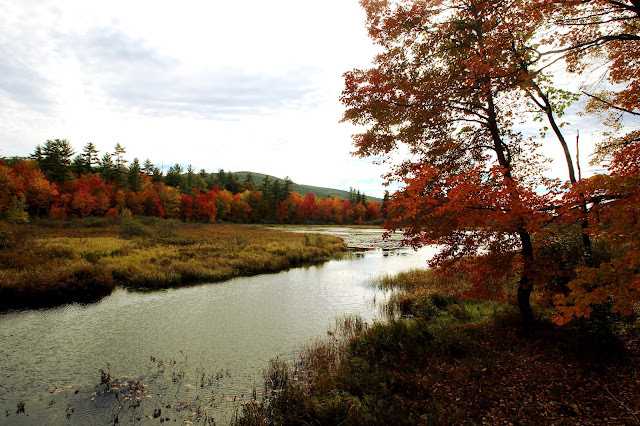 The fair was pretty bustling and we skipped the rides due to insane lines.  We allowed Kaleigh to spend the money we would have spent on rides how she wanted though.  She got an awesome slingshot, got on a trampoline bungee thing and did flips, and played a game.  We found a health hummus and smoothie stand to have some food and enjoyed the foliage on the drive.  All in all, it was a fun day.

Bringing it back home!

Ashley, Kaleigh and I have been eating stir fry a lot.  It is a quick, easy, fast food in our house that is generally packed with some good veggies.  Since it has been being made as a quick food, we have been doing the dirty and using store bought sauces.  They are generally high in salt, expensive, and never enough in the bottle.  This time I decided to make my own. 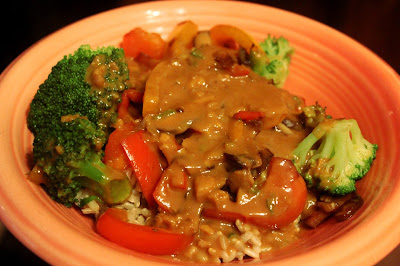 In the past I have made my own peanut sauces but Kaleigh has been reluctant to eat them.  She said it had too much of a peanut butter flavor.  This sauce she loved though.  It was a nice ginger peanut sauce and came out perfect.  It was also far cheaper than the store bought stuff and only took a few minutes to make.  I think it will be awhile before we go back to buying a peanut sauce at the store!
at 8:37 AM No comments:

Since starting the private chef menu with my new business, Squashed, our Channa Masala has easily been the most popular dish.  I did not expect it to be as popular as it is but considering there are no Indian restaurants within 40 or 50 miles, it makes some sense.  Due to this, I often make extra for us to have for Ashley, Kaleigh and I to have for dinner as well. 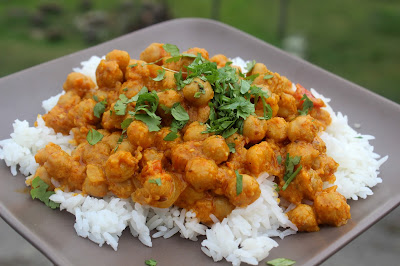 We have been eating it so often it has quickly become the main staple meal in our home.  The girls take it in their lunches and we eat it at least weekly for dinner.  I still make each order fresh per order but keep making leftovers for us to eat.  It has been great as it has always been one of our favorite meals. 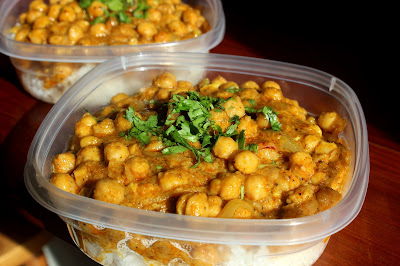 I can not wait to see where the next step in the Squashed company takes us, it has been a thrilling ride so far!
at 8:35 AM No comments: