Ashley and I opted to camp out at the Oconee State Park since the one trick pony town of Walhalla South Carolina had only the single motel and it looked quite sketchy.  We sleathed our way into the park after dark and grabbed a site, put up the tent and crashed.

The next morning we went to the office, made a reservation for that night and headed to Walhalla for a bagel and water.  Within an hour, we were headed out on Bee Cove Trail.  This was an adventure to find as the trail head was not marked at all.  In fact, the trail was not marked even once in the woods.  The last leg of the trail was completely trailblazing.  It was down the side of a fairly steep mountain to the Bee Cove Falls.  We were using sticks and such to mark our way. 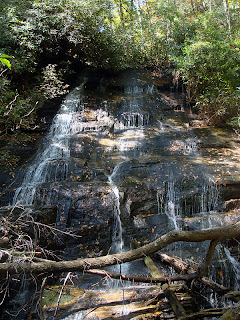 We had lunch sitting in front of the second tier of the falls.  Ashley even fell asleep on the rocks.  I wandered, photographed, and played.  Then we headed back.  Finding out way back was an adventure in itself.  We did not really get lost but we were not of the route that we marked when we came it.  Eventually, we made it out, back to the car, and headed to the next falls. 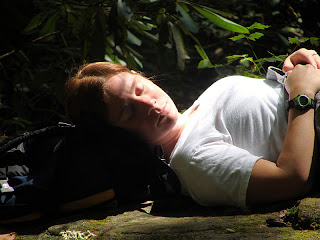 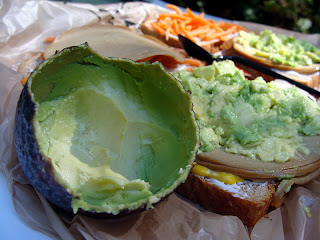 King Creek Falls was a much shorter hike and was very easy to follow.  When we got there, a family with three great dogs we relaxing.  We played with the dogs and enjoyed the falls.  This time of the year, there is far less water coming over the falls than usual but it was gorgeous just the same. 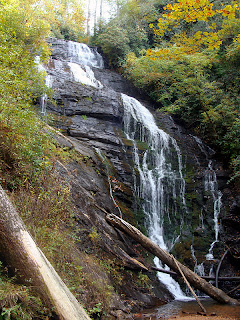 
Ashley quickly made a roaring fire and grilled out the veggie dogs.  Concerned about the leftover meat residue on the metal grill of the fire pit, we took some small sticks and made our own grill on top of the metal one.  Of course, the roaring flames caught the sticks on fire and we we soon eating our dogs a little crunch.  The trials and tribulations of a vegan campground cookout in a meaty world.  Our dogs were still great though and shortly after, we were fast asleep, breathing the open air once again. 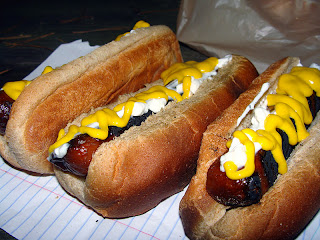 I always love your nature photos, look at those beautiful waterfalls! and those are some delicious-looking veggie dogs.

I love Oconee! Looks like a fabulous first day to a vacation :)

such a fun place to feel tranquil and enjoy the sun...nice.

What a fun mini vacation!

Ashley is so pretty! Love the natural shot. I don't think it's creepy to take sleeping photos at all ;-)